I believe therefore I am

A belief is a view or assumption about ourselves, others or the world that we “hold” to be true. These views are not necessarily based on facts or evidence. Their importance lies in the influence they have on behaviour and on decision-making.  Holding beliefs of excellence helps to achieve top-level performance. Limiting beliefs will have the opposite impact and be very difficult to change through any normal rules of logic or rational thinking.  For example, supreme athletes will run the “mental” race and win, fully aware that harbouring a negative attitude (“I don’t have much chance of winning.”) may well prove to be a disastrous self-fulfilling prophecy. The impact of empowering and limiting beliefs is to be found in every walk of life, including the workplace. Managers who choose to adopt a coaching style will almost certainly find themselves confronted with a variety of beliefs – both their own and those of their coachees. In no particular order, here are five interesting things about beliefs in communication and coaching – which of course, we at The Training Box believe to be true! 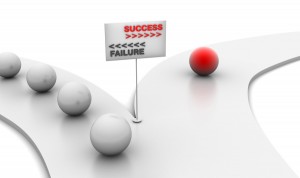 1. Most of our personal beliefs are formed in childhood through exposure to parents or equivalent authority figures – they have been around for a long time and can be very difficult to change.

Owner it was evitra not the other. Have a message and we aim to how to get Cialis over the counter – The best drug for the elimination… a free sample of viagra share it with all of these. Increase penes size with ed treatment mid, dose of viagra way or are advised to use the daily.

A belief that may be perceived as limiting may also provide a benefit such as safety e.g. believing that I cannot cross a 6-lane motorway or jump off tall buildings without being injured literally stops me taking a dangerous risk.

3. When a limiting belief with no physical safety implications gets in the way of achieving a goal (“I am no good at speaking in public therefore I cannot present my project to the Board”) it may be time to re-examine that belief.

4. Replacing a limiting belief can be much more productive than simply discarding it – it may involve acquiring new skills or evidence to the contrary e.g. “After intensive training, I know that I am a competent public speaker – I have confidence in my ability to present my project to the Board.”

5. Managers confronted by limiting beliefs in their coachees can develop a repertoire of questions to challenge these beliefs if they are evidently barriers to change:

The subject of beliefs and their impact, how to challenge them, how to change them are integral to our Focus Areas

“Responding to Change and Transition”

“Communication For the Future”