What style of negotiation is most effective? 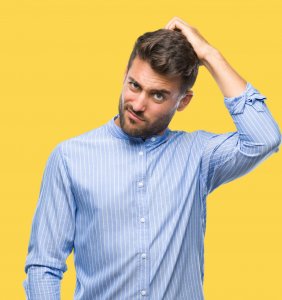 When it comes to choosing a negotiating style, the choice is often seen as being between cooperation or competition. In reality, research and practice have demonstrated that neither of these two styles has a monopoly on effectiveness. Effectiveness in negotiation does not depend on the style adopted, but rather on the strategy deployed. Real effectiveness in negotiation comes from having the flexibility to adjust and adapt to the context and the other party. Various methods can be used, such as threats, exploiting the ignorance of the other, or being friendly with the hope of an uncertain reciprocity. How you approach the negotiation will determine how each element applies. For example, do you plan to ‘win’ the negotiation or do you want the best outcome for all parties?

One common approach is called distributive or zero-sum negotiation, where one side ‘wins’ and the other ‘loses’. Parties put their personal positions and differences before their counter-party.

Another common approach is called integrative or interest-based negotiation. This style focuses on win-win situations for both parties. Unlike distributive bargaining, the driving question is, ‘how can we create the most value together?’. Parties use this approach when the issues at hand are complex, negotiations are ongoing or are looking to maintain their relationship.

Of all the existing negotiation techniques, many prefer to use the Principled Negotiation, integrative negotiation, developed at Harvard University by Professors Roger Fisher and William Ury in the 1980’s. This technique is the method most taught in law and business schools worldwide. It sets out a strategy based on focusing on the interests of the parties involved and not on the positions that the negotiators may initially take.

What else should I remember when developing my approach to a negotiation?

The Seven Elements represent components to a negotiation. Harvard has not designed these elements to act like a checklist, where meeting each requirement will mean a successful negotiation. Rather, they help you to understand how negotiations work. Like many things in life, preparation will still be the deciding factor between getting what you want and falling short of your goals.

When parties negotiate, they usually expect give and take. While they have interlocking goals that they cannot accomplish independently, they usually do not want or need exactly the same thing. This interdependence can be either win-lose or win-win in nature, and the type of negotiation that is appropriate will vary accordingly. The parties will either attempt to force the other side to comply with their demands, to modify the opposing position and move toward compromise, or to invent a solution that meets the objectives of all sides. The nature of their interdependence will have a major impact on the nature of their relationship, the way negotiations are conducted, and the outcomes of these negotiations.

Mutual adjustment is one of the key causes of the changes that occur during a negotiation. Both parties know that they can influence the other’s outcomes and that the other side can influence theirs. The effective negotiator attempts to understand how people will adjust and readjust their positions during negotiations, based on what the other party does and is expected to do. The parties have to exchange information and make an effort to influence each other.

As negotiations evolve, each side proposes changes to the other party’s position and makes changes to its own. This process of give-and-take and making concessions is often necessary if an agreement is to be reached.

With a Win-win approach, your aim is not to just compromise as everyone could feel they have lost. If you can come to a Win-win outcome, then value is added for all concerned.