The science of influencing 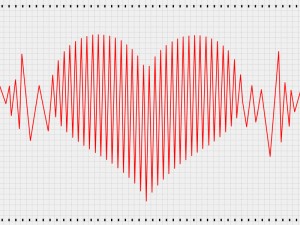 If influencing others isn’t luck or magic – could it be science? Robert Cialdini has spent 30 years studying how people are influenced. His work is both compelling and ethical and proven by scientific methodology. In writing his book, Influence: The Psychology of Persuasion, he spent three years going “undercover” applying for jobs and training at used car dealerships, fund-raising organizations, telemarketing firms to observe real-life situations of persuasion. The book also reviews many of the most important theories and experiments in social psychology. There are indeed proven ways to make you more successful in sales, marketing and in influencing others.

To give you a taste, we summarise here Cialdini’s six key “Weapons of Influence” (to be used of course with integrity and “win-win” in mind):

Reciprocity: people feel indebted to those who do something for them or give them a gift and they want to give something in return. The implication is you have to go first. You can give some information, a positive experience, a free sample, make a nice gesture, speak a kind word; all of these will help to encourage reciprocal “gift-giving” taking you closer to your goal.

Social Proof: when people are uncertain about a course of action, they tend to look to those around them to guide their decisions and actions. They especially want to know what everyone else is doing – especially their peers. Tell people what others are doing (with testimonials for example) and they are more likely to act.

Commitment and Consistency: people do not like to back out of deals. We are more likely to do something after we have agreed to it verbally or in writing. Getting customers or co-workers to publicly commit to something makes them more likely to follow through with an action or a purchase.

Liking: people prefer to say ‘yes’ to those they know and like, to those who are physically attractive, similar to themselves, or who give them compliments (not the false kind of course). Sales people could improve the chance of a sale by brushing up on their prospects’ existing preferences or making themselves more likeable. Remember the old saying “people buy from people”?

Authority: people respect authority. They want to follow the lead of real experts. Remember to emphasise your position, business title, experience, dress to impress and use testimonials from figures whose opinion carries weight.

Scarcity: the less there is of something, the more valuable it is. Special offers for a limited period of time, waiting lists for the newest technological gadget or the must-have children’s toys at Christmas all persuade people that the thing they want is rare and uncommon and increases the desire to have it.

Influence: The Psychology of Persuasion
By Robert B. Cialdini
Collins; Revised edition (October 7, 1998)