As a leader, it may be e 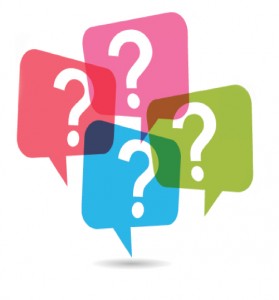 asy to impress with your knowledge but finding the right words at the right time to ask a great coaching question that focuses the attention of the listener where it most needs to be is a tough call. Why is this? Often, neither the person who is asking the question, nor the person who is being asked, realises consciously that the question prompts the listener in a certain direction and will generally predetermine the answer. In other words, you do really get what you ask for. As a leader who uses coaching questions, your choice of question will determine the direction of the coaching conversation. A great question not only makes the other person think and resonates with them but it also achieves your clear intent and purpose and moves the conversation in a good direction. This means asking yourself, “What do I hope to achieve with this question?” BEFORE you ask it.

Being clear about what you want to achieve not only determines the words that you use and the type of question you choose but equally, determines the non–verbal communication that accompanies the question you are asking. Your non–verbal communication, by which we mean your body–language including gestures, facial expression as well as your tone of voice and vocal emphasis, can change the way in which a question is both asked and interpreted.  A simple question like “What do you think?” has different shades of meaning according to how the words are emphasised. For example, “What do you think?” (emphasis on you) is different to “What do you think?”(emphasis on the action of thinking).  Match this up in your mind with all the possible intentions behind such a question and you will see that this question can be rendered in an almost infinite number of ways: inquisitive, challenging, threatening, friendly etc. Changing such things as emphasis and tone, inevitably leads to the person asking the question, either consciously or unconsciously, adopting the related body language signals. For example, perhaps your intention in a meeting is to solicit input from one of the quieter team members after the others have already spoken up. By placing the emphasis on the word “you” and asking, “What do you think?” with a friendly tone and open, encouraging body language, you increase the likelihood that the person will make their contribution.

Great questions act as the critical trigger to bigger thinking. They stimulate connections that have not been made before and make it much more likely that the outcome is change and a different way of doing things.