Don’t use culture as an excuse for bad behaviour

“When a French person “demands” something, no offence should be taken. The French verb to ask is demander.”

From Do’s and Taboos around the World By Roger E. Axtell

A slip of the tongue or an imperious request?  A simple mistranslation may cause ill-feeling. Equally, if a colleague at work who comes from a different culture does not greet you in the morning, is it bad behaviour, culturally driven, or has he or she simply not seen you? Giving someone the benefit of the doubt in either of these circumstances would seem to be the prudent approach. However, in our work with multi-cultural groups in very diverse organizational settings, we have found that many people choose to actively blame others’ cultural orientations for misunderstandings and also use their own cultural orientations as an excuse for not finding the real solution to a problem. 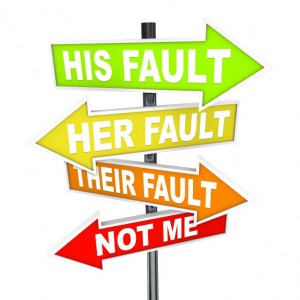 STOP and THINK before you judge and react – seek to understand

ORIENTATIONS    What do you prefer?

How to handle communication challenges arising out of diverse cultural approaches features in our Focus Area “Mastering Workplace Challenges”.