Reap the rewards of paraphrasing and summarising

Both paraphrasing and summarising require you to re-state what has already been said, reflecting back and using the words of the speaker (s) as much as is possible. Paraphrasing focuses on the immediately preceding discourse, summarising pulls together the most important and relevant points arising out of the dialogue as a whole. 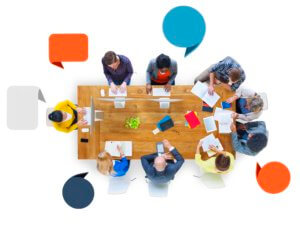 Why do you even need to think about honing your ability to paraphrase and summarise? They may be considered by some to be “passive” communication skills rather than “pro-active” ones but nothing could be further from the truth. Interpersonal communication is not just about getting your own ideas across or impressing others with your verbal dexterity. There are a wide variety of situations where the conversational ball will need to be passed from one person to another in order for a successful outcome to be achieved – for example decision-making, collaboration, achieving consensus, formulating a plan and even a coaching dialogue. Pro-actively paraphrasing and summarising are critical to maintaining forward momentum and they can both be instrumental in ensuring that the discussion is considered effective by everyone involved.

The purpose of paraphrasing is primarily to give the speaker the reassurance that you have really been listening attentively and that they have been understood. It also clears any possible misunderstandings as they arise, and creates space for the speaker to reflect on and consider their own words. Additionally, as we tend to think faster than we speak, taking time to paraphrase gives you the opportunity to think ahead and reflect on the best way forward in the conversation.

The purpose of summarising is to keep track of significant information, intentions, ideas and possibilities, creating the opportunity to revisit the conversation and follow up on any hooks that may have been left behind. Summarising also acts as a stepping–stone to the formulation of any concrete next steps that eventually should be integrated into a formal action plan

The foundation of  both is active listening. You will never be good at paraphrasing and summarising unless you are good at listening actively and mindfully. Active listening stresses the need for the listener to place themselves at the service of the speaker (s), demonstrating empathy and putting their own thoughts onto stand–by. The listener must be more present, more empathetic and pay full attention to the multiple aspects of the other person’s communication, such as body language, feelings, thoughts and intentions. It implies being non–judgemental, and making an effort to see things from the other’s perspective. It also means that the listener must pay attention to their own non–verbal signals to reassure the speaker that they are being listened to with full attention.

Boost your ability to listen mindfully. When it comes to the quality of your listening, this will vary according to the context and to a range of different factors. In fact, the degree of attention you invest in any conversation is actually a choice that you make. There are many ways to become better at listening mindfully in general to support your ability to paraphrase well.